Figgy’s Science Experiment: How natural is our bench spray? 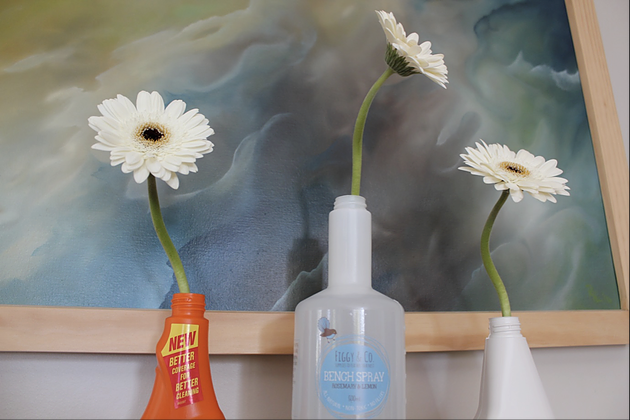 We have recently added two new Figgy & Co. bench sprays to our range of natural cleaners that are made-for-you, and we think they are fantastic in the kitchen and the home in general. One of the most important switch outs to a natural cleaner you can make in the kitchen is your bench spray. The amount of times in a day that counters and tables get wiped down is more than any other surface in the house. If you have children then this number is multiplied. The surfaces being sprayed and wiped are where we prepare our food and where we eat. The very last thing you want to be doing is adding to your chemical load by inoculating yourself with a dose of nasty chemicals.

With this in mind, we set up a little science experiment to explore in a visual way, if all bench sprays are created equal when it comes to natural and safe formulations. We chose two well-known brands to compare to our own bench spray. One is a staple brand that has been in households for decades, I certainly remember it from my childhood. The other is an eco brand with a large market share of the house cleaner market.

We were curious to see if Figgy & Co. bench spray was a gentle enough formulation that something as beautiful and delicate as a Gerbera would be happy to take up home there. The picture below is at 4pm Thursday afternoon – all the flowers are settling into their new abodes.

By the next morning at 10.30am nothing much really seemed to have changed. They all looked just as they had been the afternoon before. Looking closer I did see that Gerberas in the orange and cream bottles had chemical burns from where they had been sitting in the cleaning solutions and had turned brown – one was more pronounced than the other. The Gerbera in the Figgy bench spray still had a bright green steam. The other thing I noticed about the Figgy flower was the disk in the centre of the flower had continued to bloom! There was almost no black left in the very middle of the flower. The next day was much of the same, but….. 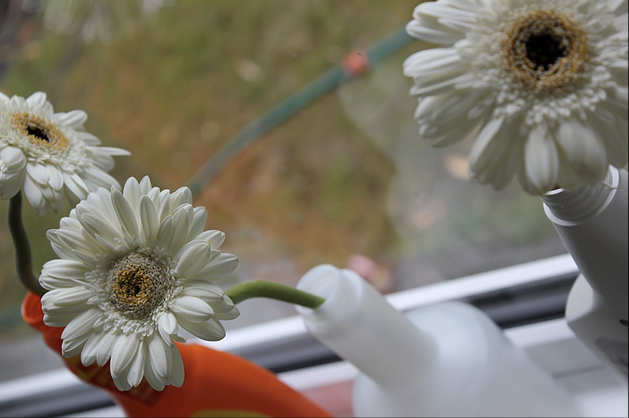 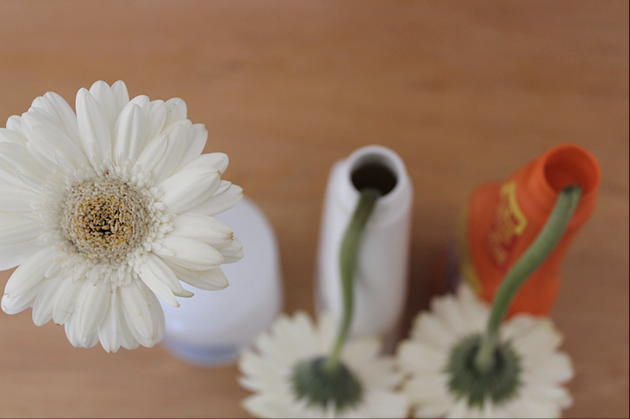 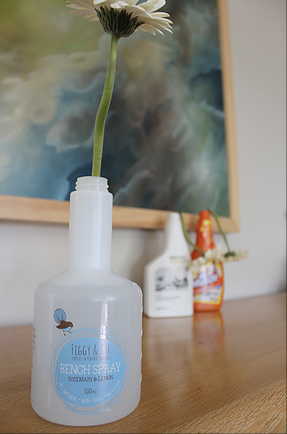 Over the course of the next week, the flowers in the cream and orange bottle continued to look more and more affected by the cleaning solution they were in. The Gerbera in the Figgy & Co. solution was indeed looking tired after a full week in the summer heat but it was still standing firm with a bright green stem!

These pictures are a powerful reminder that reducing chemical exposure in the home is as easy as choosing safe home cleaners. So the next time you reach for your Figgy & Co. bench spray, you can be confident that what you ar

e spraying is not adding any harsh chemicals to your home environment. This is so very important in the areas that you are preparing and consuming food, you expect your surfaces to be clean but not potentially toxic! This will resonate especially if you have children, because who has ever met a wee child that doesn’t eat right off the highchair tray or table! We are so proud to be able to bring you a product that is both effective at cleaning and still has an all-natural, non-toxic & gentle formulation.